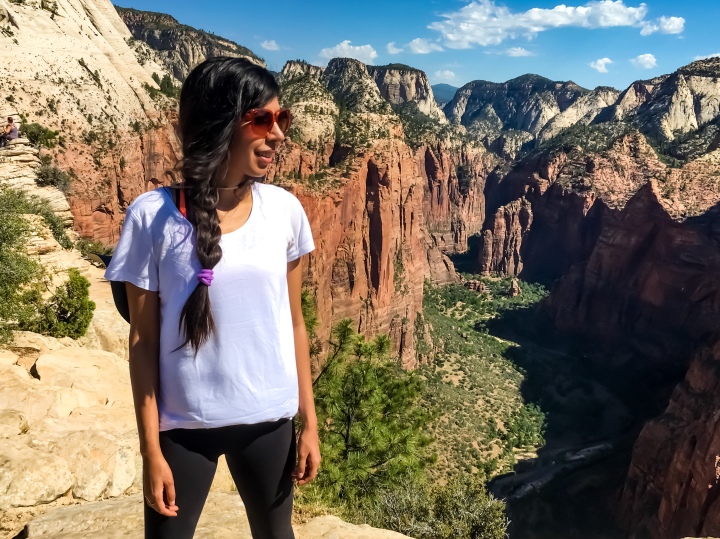 Fear is a real struggle to overcome. Fear of talking in front of large groups of people, fear of heights and worst of all, fear of getting out of your comfort zone! The list can be loooong! Although, there’s an inexplicable joy in overcoming something that deabilitates you, the road to killing THAT fear is far from easy. It’s by doing those little things and taking those little steps that make you closer to tarnishing that beast called FEAR.

I’m afraid of a great many things – one of them being HEIGHTS *yikes*. I wouldn’t say I have acrophobia but when I’m at unusually high places, my knees go weak – LITERALLY! 😉 My legs begin to tremble and the ground beneath me feels like jello! It is this trepidation, that reaching the top of Angel’s Landing seemed like a monstrosity of an experience.

Angel’s Landing, in Zion National Park – Utah, is a 2.4 mile long trek to the top and offers one of the most breathtaking views of the Zion Canyon. Unless you’re staying at a hotel inside the Park, you will need to take a shuttle (service offered by the park) from the visitor center to the Grotto drop off point to begin. The lines to board the shuttle can be super long. If you plan to hike, then it’s best to get here as early as possible. We were there by 6:30am and still faced a small wait time(*felt like forever!*).

Insider Tip – Start Early!! Being at the park as early as 6am would be pretty good! *Yes, I meant it when I said EARLY*

If you’re planning to hike during the summer months, starting early is best. I say this because: A – it’s always good to start a hike early and B – it can get very, very hot and exhaustion kicks in quick! After a certain point, you will need to hold on to the metal links provided for support and they can get hot enough to hurt a wee bit! Also, the path up is narrow and at most times allowing just one person to pass through. It will take you a lot longer to go up and down if you start late because you will have to wait and give way for people coming down *Let’s be polite now!*. Have I convinced you to start early now? 😉 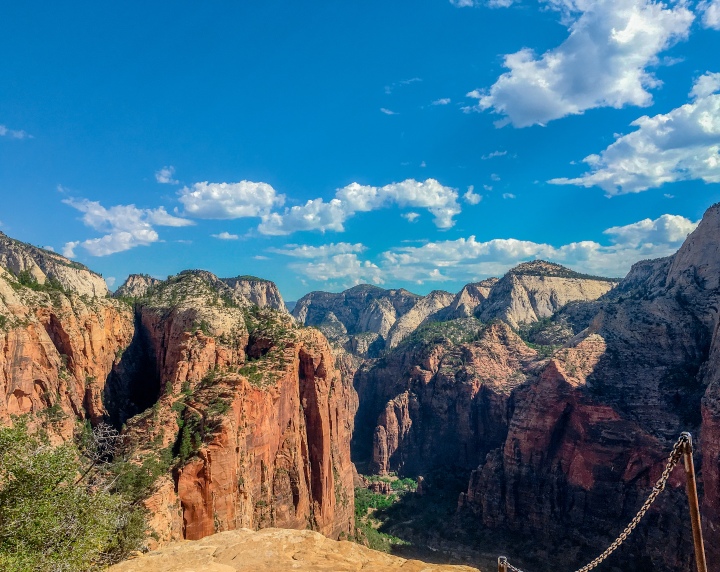 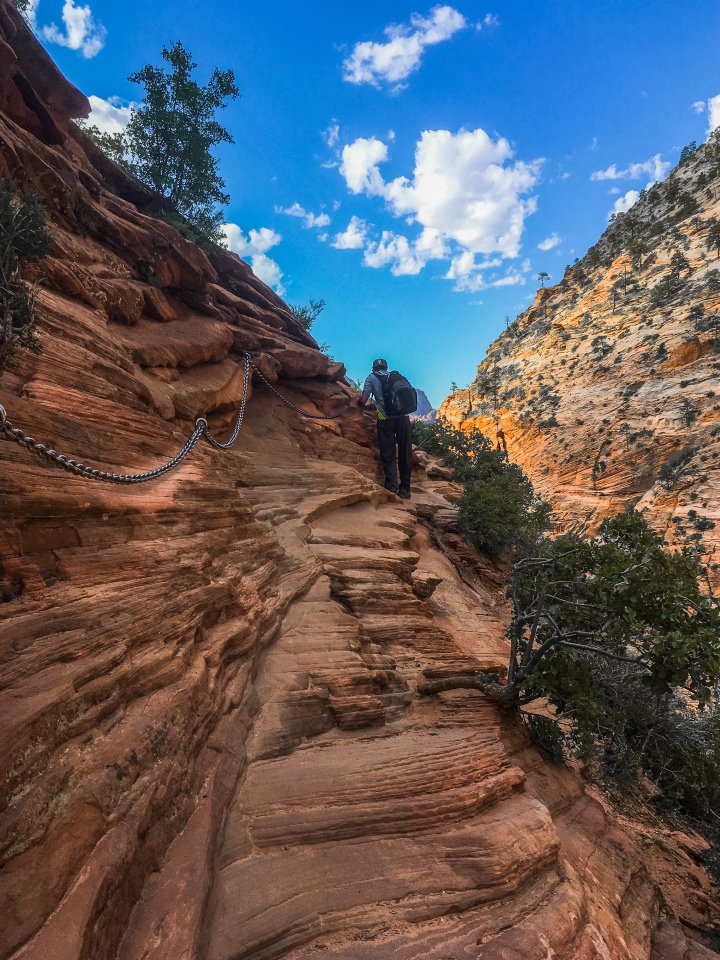 Reaching the very top *I thought we’d reached the top twice but nooooo, we were far from it* will only make you marvel at the beauty that we call Earth – the canyon so intricately weathered to perfection. Enjoy the 360 views from the top! Give yourself a pat on your back for making it – yes, it was a gruelling hike and yes I’m sure you thought you were always a step away from falling many many feet to the abyss! My legs were still quivering from the fear and it took me a while to calm down and absorb everything around me.

Looking down, you can see the winding roads around the edges with little buses going by if you look carefully. The Virgin river looking like a snake slithering its way around the canyon. Looking around, the feeling is inexplicable, more so because I was overwhelmed by the astonishing magnificence of Zion.

The climb down isn’t as easy because it was hotter and whilst hiking back, I had no option but to look at how steep the climb down was. Also, the support bars were pretty darn hot! We reached the base just in time for lunch, where we grabbed a sandwich a drink and had a lovely conversation with an elderly couple enjoying their summer there.

We had enough time to go down to the Narrows and start another hike! Albeit being exhausted, this hike felt nice because the water was soo cool that our tired feet strangely felt nice. P.S – it’s always a good idea to have the right footwear when you’re hiking the Narrows. It’s slippery and in a few places, the river is deep enough for you to not be able to look  at where you’re stepping. A slip could hurt your ankles! *Ouch* We hiked the Narrows for a total of three hours and decided we couldn’t go any further as we were losing light.

For me, Zion National Park was an incredible adventure that must be experienced by everyone at least once in their lifetime. Of course, a day is not enough to explore Zion but because Utah has soo much to offer, we could only spend a day. Hopefully, one day we’ll go back to hike the Narrows in its entirety. For all of you who haven’t visited as yet, it’s one of the “bucketlist” places that is waiting to be checked off!

P.P.P.S: The hike to Angel’s Landing (*aptly named because when it was named back in the day, it was thought that only the angels could reach here!*) is a dangerous one that has seen numerous deaths due to slipping. Please be equipped with the right shoes, read all the warning signs and always try holding onto the support bars especially in the exposed areas *you know what, I’d say just have one hand on the support bars always! Let’s be super careful 🙂 * and always know when to turn back.

This site uses Akismet to reduce spam. Learn how your comment data is processed.

The cool breeze on an Indian summer day.
The fire that destroys everything it touches.
A treasure chest of everything worthy and despicable.
You know me, yet you don’t.

Processed with VSCO with b1 preset 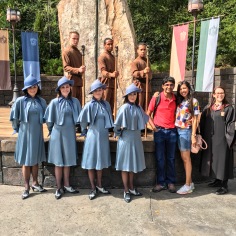 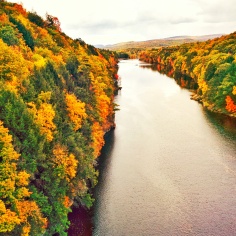 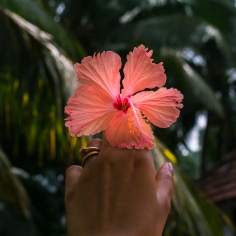